​HISTORY
Wisconsin Grand Master William R. Smith, Grand Lodge Free & Accepted Masons of Wisconsin, issued a dispensation to Dr. Mason C. Darling, George Beech, Arnold Friedman, W. Perry, George Ruggles, S.J. Lush, James Myers, and John Reeve to form a Lodge in Fond du Lac.
The Petitioners were vouched for as Master Masons by the Oshkosh Lodge. The first meeting was held in Dr. Mason C. Darling’s office on September 28, 1849. The lodge was originally known as “Fond du Lac Lodge” but a petition was submitted to the Grand Master on December 7, 1849 to change the name to “Fountain Lodge”. This new name would reflect the numerous springs and fountains found in Fond du Lac. When the Grand Lodge granted the Charter (written entirely in script) on December 15, 1849, the Lodge name read “Fountain Lodge # 26”.
Mason Darling was the first Master, and G.H. Beck and Arnold Friedman were the Wardens. Darling occupied the Senior Wardens chair when the Grand Lodge was organized in Madison on December 18, 1843. He was a member of Madison Lodge No. 5 prior to becoming a member of Fountain Lodge and served as Grand Lodge Officer several times.
Fountain Lodge’s regular meetings initially met in the Odd Fellows Hall. In 1862, the lodge met at Darling Hall on the northwest corner of 1st and Main Streets.
LODGE 140
Fountain Lodge approved a petition to organize a second Lodge in Fond du Lac in July 1862. Grand Master Alvin Alden issued a dispensation to form Fond du Lac Lodge the following month. The Grand Lodge granted a charter to Fond du Lac Lodge No. 140 on June 10, 1863. A.H. Boardman was the first Master, and Thomas Weeks and James Perry were the Wardens.
LODGES 26 & 140
The Lodge moved to an upper floor of the First National Bank Building on the Northwest corner of Main St and Forest Avenue in 1873. It then moved to the second floor of a building at the southeast corner of of 3rd and Main in 1889, where electric lights were installed in 1892.

The Lodge constructed a Masonic building in 1906 on the northwest corner of Marr and Sheboygan Streets. The cornerstone ceremony was on May 23rd 1906, and the dedication was on March 20, 1907. Past Master Nathan Giffin served as Grand Master in 1898.
OAKFIELD
Grand Master John Wentworth issued a dispensation to Oakfield Lodge at Oakfield, Fond du Lac County in February 1866. The Grand Lodge granted a Charter to Oakfield Lodge No. 158 on June 13, 1866. Seth Picket was the Master, and Henry Covell and N. Filbry were the Wardens.
In 1897, Grand Master Nathan Giffin dedicated Oakfield’s new temple known as the FraternalBuilding. Erected jointly by the Masons and the Odd Fellows, it housed separate halls and ante rooms. The first floor was rented for mercantile business and the Post Office.
Oakfield Lodge consolidated with Fountain Lodge 26 on November 9, 1971.
MERGER
With the thought that “divided we fall—united we prosper”, Fountain Lodge No. 26 and Fond du Lac Lodge No. 140 merged on June 2nd, 1995 to form Fond du Lac Lodge No. 26.
The last Master of Fountain Lodge #26 was John L. Zeller, and the last Master of Fond du Lac Lodge #140 was John H. Hughes. John Hughes was the first Master of the newly formed Fond du Lac Lodge No. 26
NEW BUILDING

For many years the Fond du Lac lodges met in their MasonicTemple on Marr and Sheboygan Streets along with the other Masonic organizations. In 1967, the Masons, Knight of Columbus, B’nai B’rith, and Greek Orthodox organizations initiated the first local Brotherhood Banquet. The affair, to which ladies were invited, was host alternatively by the Masons and the Knights of Columbus and continued until the late 1980’s.
It was voted by the membership of Fond du Lac Lodge No. 26 that the old Masonic Temple be sold and build a new multi-purpose facility that would better serve the Lodge and community. On June 20th, 1995, the Joint Board of Trustees purchased 1.5 acres from the city of Fond du Lac at the SE corner of North Seymour and West Arndt Streets for the new Masonic Center. The sale of the Masonic Temple on Sheboygan Street to the Fond du Lac Arts Council was closed on August 1st, 1995. The Arts Council pledged to retain the historical architecture and ambiance of the building and thus were the unanimous choice as new owners. During this time, Lodge meetings were held at the Covenant United Methodist Church.

On August 5th, 1995, the services of the architectural firm of J.P. Storrs Company were retained to design the new Masonic Center. Ground-breaking ceremonies were held on September 13th, 1995. The Joint Board of Trustees, accepted the proposal of Cardinal Construction to build the new Masonic Center. A building committee was appointed. Final plans were submitted to the State for their approval on February 15th, 1996, and were approved on February 23rd, 1996. Construction began on April 22nd, 1996. The cornerstone ceremony was held on May 4th, 1996. Grand Master Beecher Daniels’ name is inscribed on the cornerstone, and he and many Masonic dignitaries were in attendance. 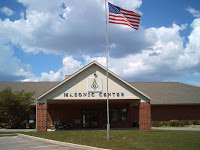 The building was ready for occupancy on September 1st, 1996. Many Masonic brothers contributed to the completion of the building using their special talents. A plaque hangs in the Center’s entrance lobby commemorating the monetary and physical talent contributions of the Brothers. Dedication of the Masonic Center was held on November 17th, 1996.
FIRST MINUTE BOOK
(Transcribed from Fountain Lodge No. 26 “One Hundredth Anniversary” – September 17, 1949.)
First Minute Book of Fond du Lac Lodge F. & A. M.A.D. 1849
WHEREAS a petition has been presented to me by sundry brethren of our ancient and honorable order of Free and Accepted Masons , to wit: Brothers, Mason C. Darling – Geo. H. Beck – Arnold Friedman – N. Perry – Geo. D. Ruggles – J. S. Lusk – James Myers and John C. Reeves, residing in the village of Fond du Lac in the state of Wisconsin and praying to be congregated and described a regular Lodge, and promising to make obedient conformity to the ancient usage and land marks of the Fraternity, and the constitution and by-laws and edicts of the Grand Lodge of the State of Wisconsin and its constituted officers.
AND WHEREAS, the said petitioners are duly and properly vouched for as Master Masons, in good and regular standing by “Fox River Lodge” Oshkosh under our jurisdiction together with a recommendation from said Lodge, that the prayer of the Petitioners be granted.
NOW THEREFORE, I, Wm. R. Smith, Grand Master of the Grand Lodge of Wisconsin, reposing full confidence in the recommendation aforesaid and in the Masonic Integrity and skill and fidelity of the petitioners aforesaid do by virtue of the power and authority in me vested, hereby grant unto our beloved brethren aforesaid, these, my letters of dispensation, herein and hereby authorizing and empowering our beloved brethren aforesaid to meet and open a Lodge in the said village of Fond du Lac, in the county of Fond du Lac aforesaid and under the name and style of “Fond du Lac Lodge” after the manner of Free and Accepted Masons, according to the ancient customs and in conformity with our constitution and regulations of our Grand Lodge and not otherwise. And I do appoint Brother Mason C. Darling to be the First Master, Brother Geo. H. Beck to be the First Senior Warden and Brother Arnold Friedman to be First Junior Warden of said Lodge, with power to convene and open said Lodge at such time as the Master aforesaid shall deem proper, and do authorize the Brethren aforesaid and their associates to appoint or elect other subordinate officers, to prescribe and enact for themselves By-Laws and to do all other things which Lodges under dispensation may of right do. And I do hereby enjoin upon the Master and Wardens aforewarned that they in all things conform to the ancient landmarks, that they cause a true and exact record of their proceedings to be kept and at the next annual Grand Communication of our Grand Lodge, that they bring up this dispensation, a faithful transcript of their work and proceedings, a copy of their by-laws, and a full ist of their members.
This dispensation to continue in full force until the next annual communication of our Grand Lodge, unless sooner for good cause revoked by the Grand Master and no longer.
In testimony whereof I have herewith set my hand and caused the seal of the Grand Lodge to be hereunto affixed this 13th day of September, Anno Domini one thousand and eight hundred and forty nine, Anno L 5849
Signed:
WM. R. Smith, Grand Master
Grand Lodge of Wisconsin
Attested: M. M. Cothran
Grand Secretary of Wisconsin 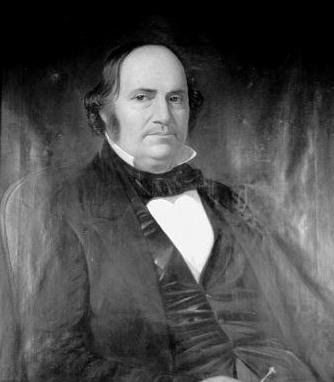 Facts about the distinguished founder of Lodge 26, Mason Cook Darling:
•Born in Amherst, Hampshire County, Mass., May 18, 1801.
•Taught school in the State of New York.
•Graduated from the Berkshire Medical College in 1824 and practiced medicine for thirteen years.
•Moved to Wisconsin in 1837 and was one of the original settlers at Fond du Lac.
•Member of the Territorial council in 1847 and 1848.
•Member of the Territorial legislative assembly 1840-1846.
•Upon the admission of Wisconsin as a State into the Union was elected as a Democrat to the Thirtieth Congress and served from June 9, 1848, to March 3, 1849.
•Was not a candidate for renomination in 1848.
•Elected the first mayor of Fond du Lac in 1852.
•Resumed the practice of medicine and was a dealer in real estate at Fond du Lac until 1864, when he moved to Chicago.
•Died in Chicago, Ill., March 12, 1866.
•Intermed in Rienzi Cemetery, Fond du Lac, WI.
Source: http://bioguide.congress.gov/scripts/biodisplay.pl?index=D000054